A. About the Initiative

The European Military Secondary Schools Forum (EUMSSF) is a project inspired by the successful European initiative for the exchange of young officers inspired by Erasmus ("EMILYO or Military Erasmus").

Undertaken by the European Union Member States on a voluntary basis, this ambitious initiative aims at promoting the sharing of common European values at an early age and fostering a European dimension of teaching.

The Military Secondary Schools are institutions promoting Excellency in their countries. The high level of their pupils, their relevant flexibility to add more items in their curricula and their boarding facilities make them a unique platform to implement successfully such an initiative, being the pioneers with the view to have a spill over effect to the secondary education of the EU as a whole.

In the agreed RoPs, the mission of the EUMSSF is described as follows:

1. The mission of the Forum is to bring military secondary schools closer to each other, create common modules (e.g. on EU history, EU core values, the Lisbon Treaty, CSDP, the EU Global Strategy, etc.) for inclusion in their curricula, promote a common security and defence culture, share best practices, create partnerships and common projects and facilitate exchanges of trainers and trainees.

2. Whenever appropriate, the Forum shall submit European-level measures according to established procedures and shall propose actions that could be taken forward by Member States at national level to facilitate the further development and implementation of EU topic-oriented training at this level of education.

The Forum is currently held under the auspices of the ESDC and will work towards:

The European Military Secondary Schools Forum (EUMSSF) is an offshoot of the successful European initiative for the exchange of young officers inspired by Erasmus (EMILYO). 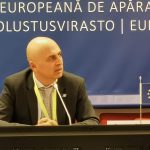 Lt Col Symeon Zambas graduated from the Hellenic Air Force Academy and joined the Cyprus Air Force in 1993. In the first part of his career he occupied operational posts in Air Defence Units and was Commander of the Cyprus Air Defence Training Centre. From 31 July 2009 to 28 February 2014 he served at the Defence Policy and International Relations Directorate of the Cyprus Ministry of Defence in the EU Council Presidency of Cyprus team and as Desk Officer for ESDC Activities, Military Erasmus, EU Institute of Security Studies, Single European Sky and Eurocontrol.

During this period he designed the CSDP Olympiad and organised the first CSDP Olympiad in Cyprus. He served twice as a CSDP Orientation Course Director and was also the Director of the fourth CSDP High Level Course module 2013–14. He has been a member of the Implementation Group of the European Initiative for the Exchange of Young Officers, inspired by Erasmus and a member of the ESDC Executive Academic Board since 2009. He was appointed chairperson of the Strategic Communication and editor of the Newsletter on the Military Erasmus  initiative from 2012 to 2014.

He has been the Military Training Manager of the ESDC since March 2014 and in this capacity he coordinates the Military Erasmus Initiative, he was the co-creator of the CSDP Doctoral School in 2017 and the creator and first chairman of the EU Military Secondary Schools Forum in 2019. 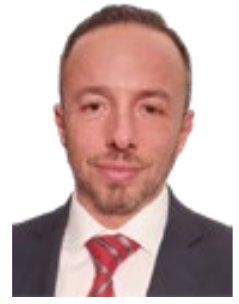 Is an Italian national expert with a military background and a specific expertise as a teacher of operations planning. His responsibilities cover, among others the coordination of the EUMSSF and courses on crisis management, hybrid threats and challenges, challenges of space and following of the EUMTG conclusions.